Jane was considerably involved in voluntary work in Albania and Kosovo. From 2001 to  2004 lived in Albania managing an education-teaching centre – set up a pottery as an income source for 12 people. 2004 Zambia Voluntary work,- Re-establishing Pottery skills in remote villages. 2005 & 2008 Botswana income generating for disabled, advisory pottery manager.Jane also accepts commissions for statues of saints for churches.

Now mainly working in Raku and teaching. using many technique –

“Naked Raku” – slip and glaze are applied to the once fired pot, then refired; removed from kiln when the glaze is molten, the glaze cracks with the cold air, placed into sawdust and sealed to make a reduction chamber – the carbon is sucked into the cracks. Later, the glaze is removed, leaving only the magic of the smoke.

Alternatively, when a thin layer of metal oxide is applied and reduced, producing beautiful luster’s as the oxide returns to its original metal e.g. copper.

All the work is wheel thrown, and mostly Limoges Porcelain is used. 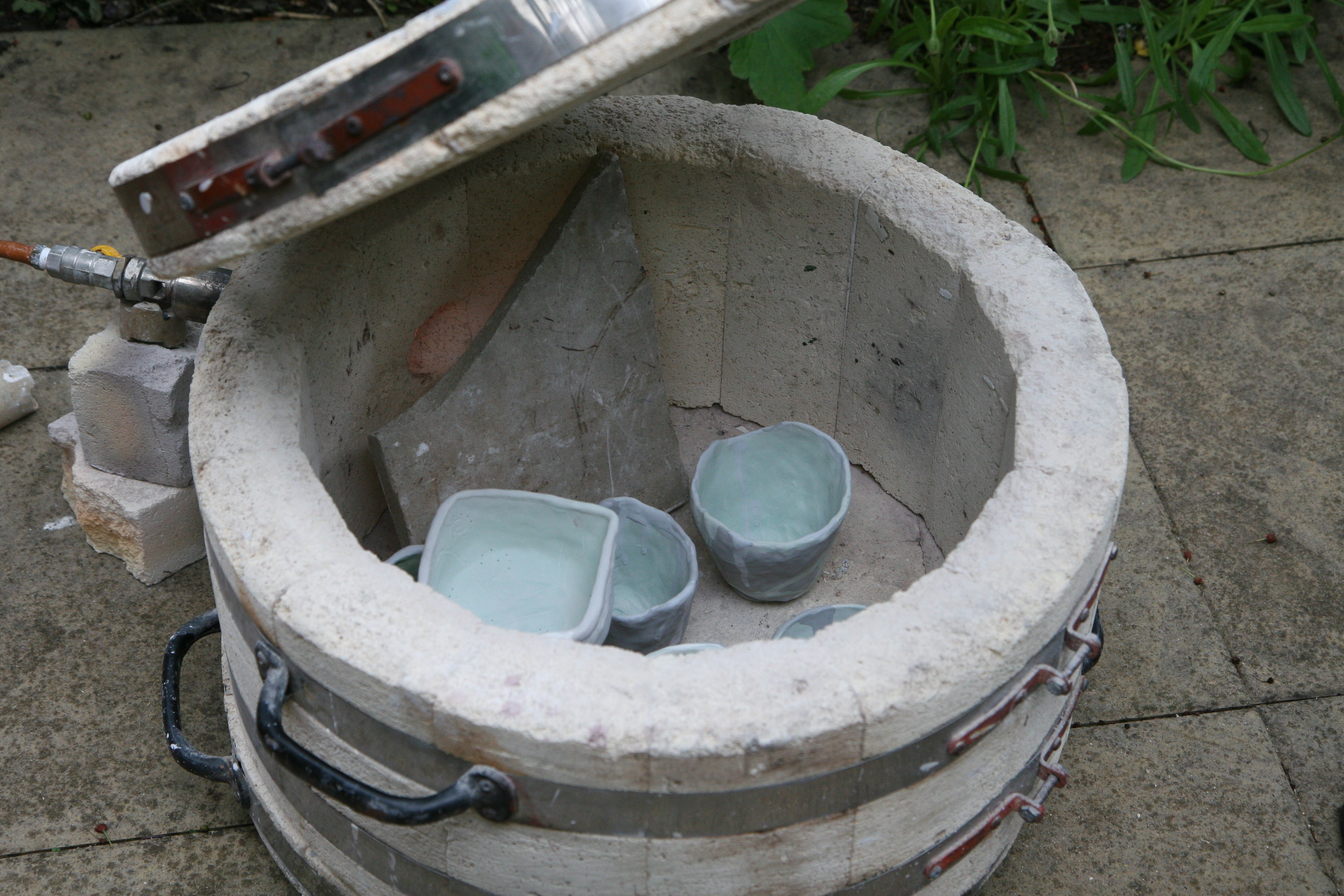 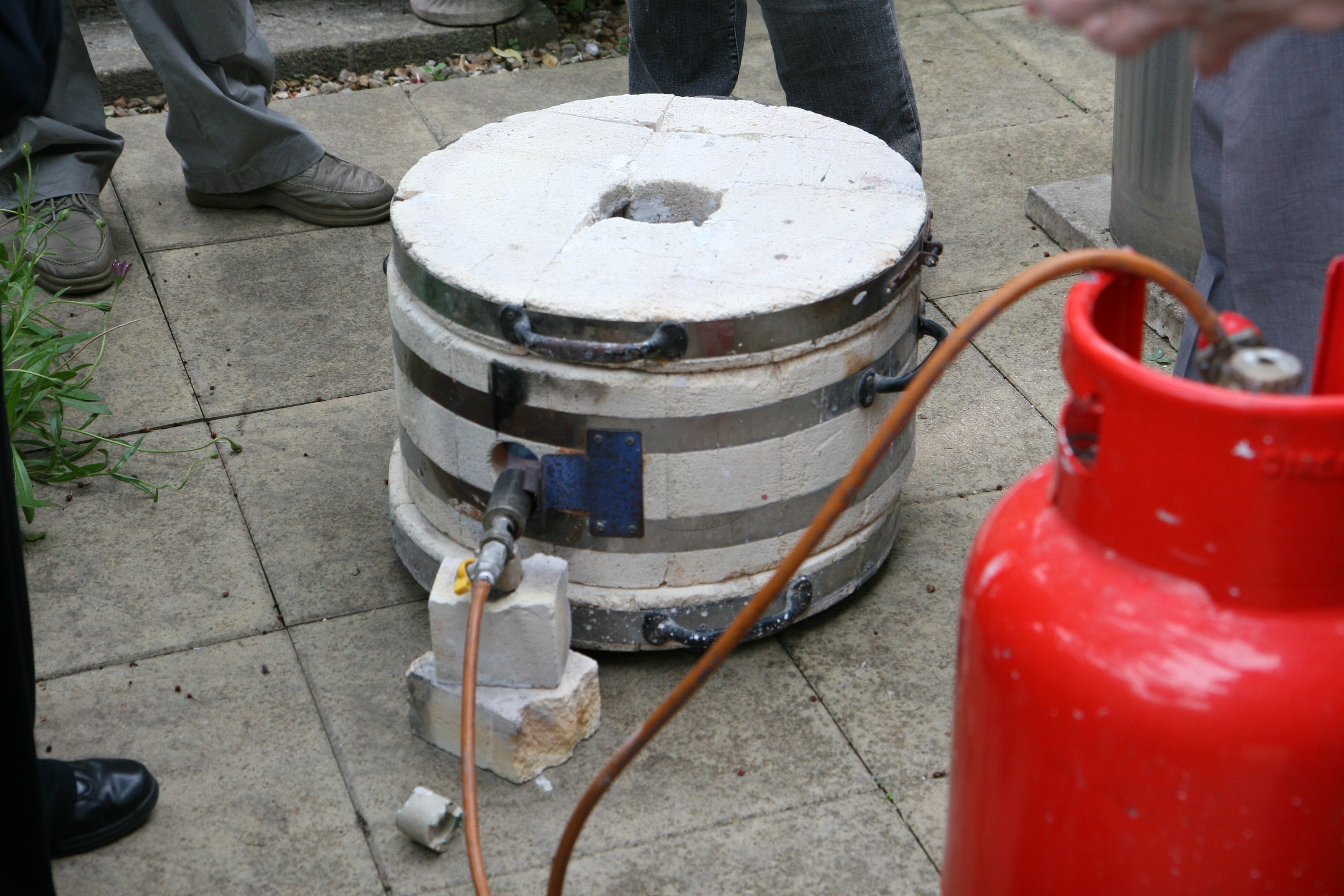 Setting up the Raku kiln - Turning on the gas 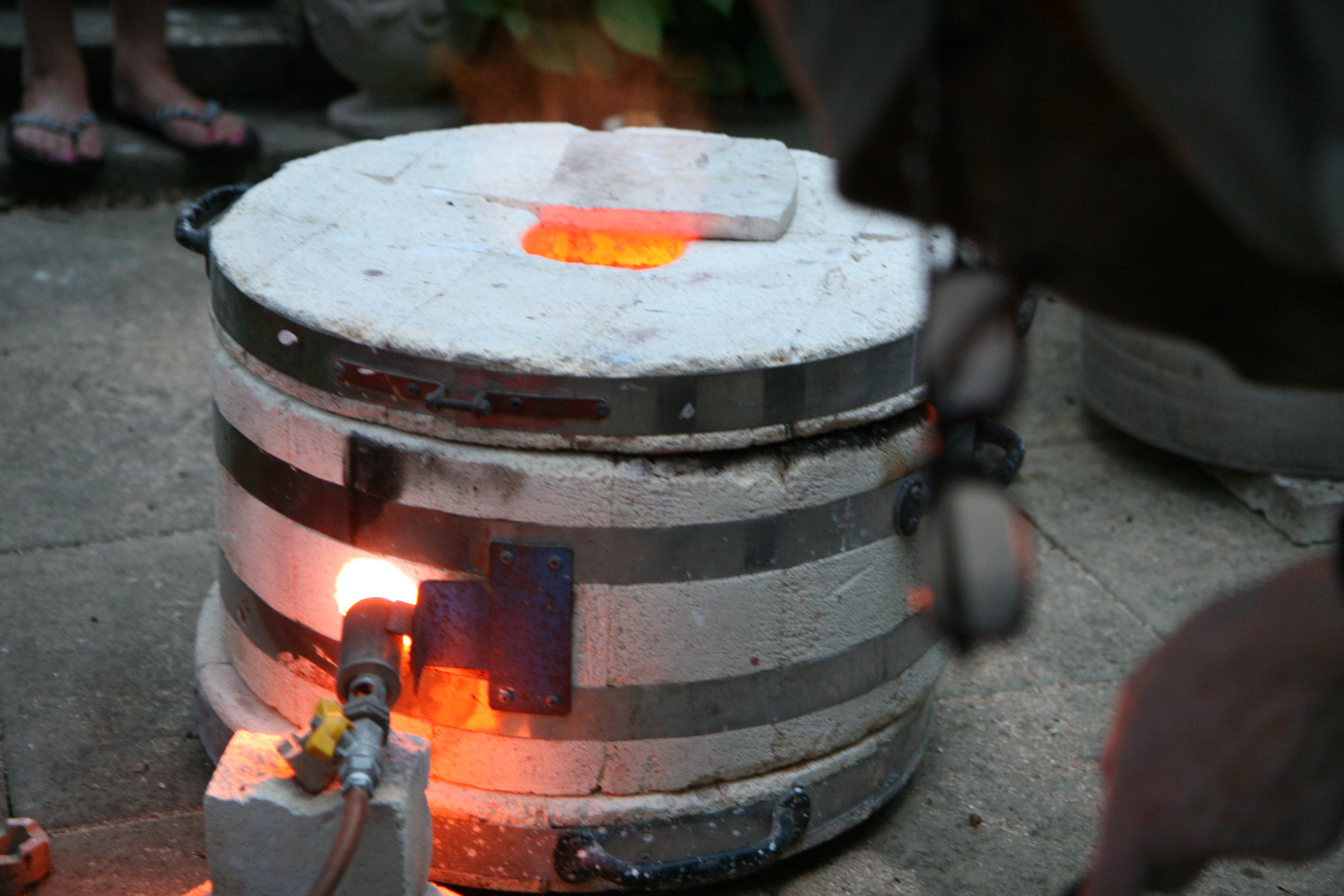 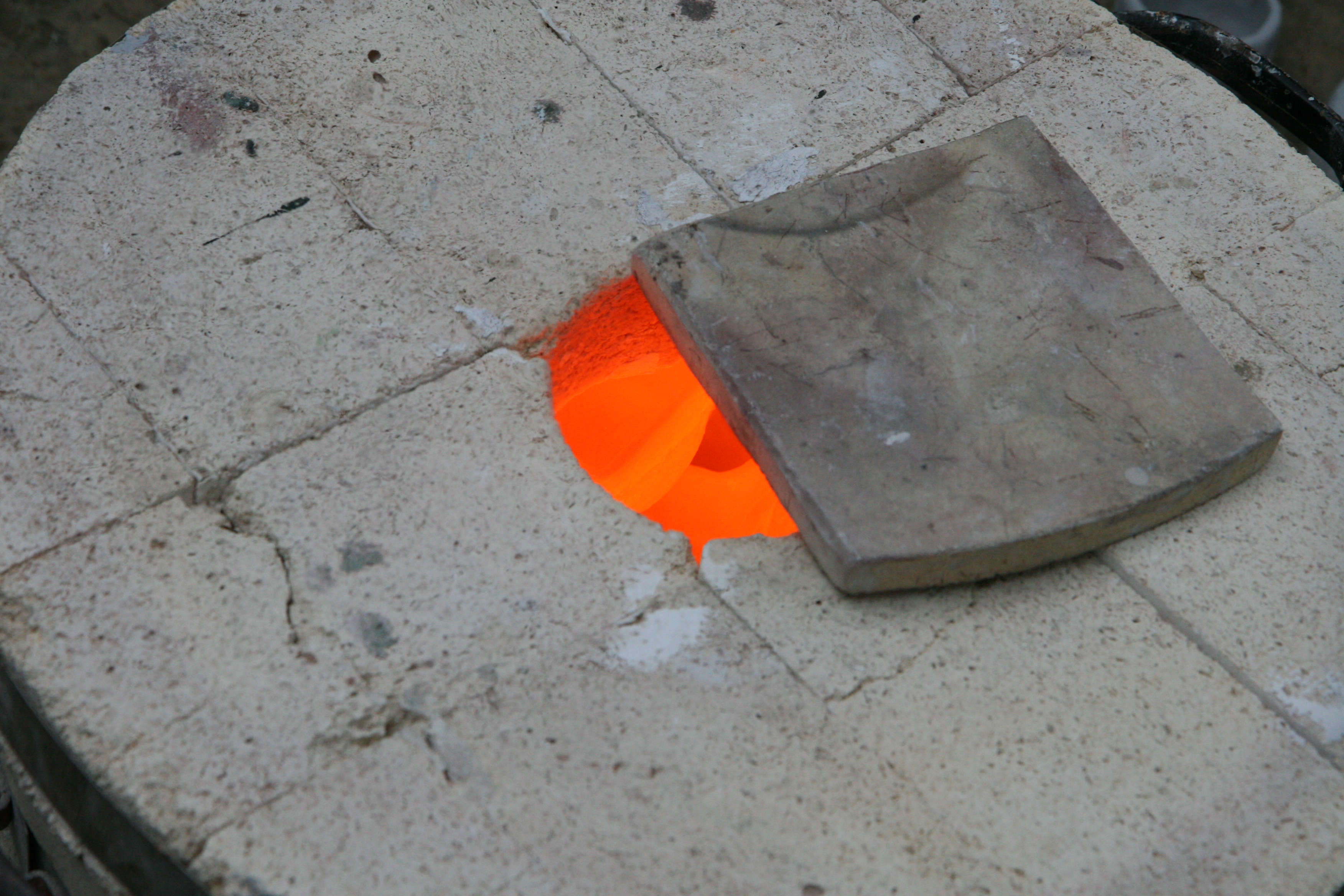 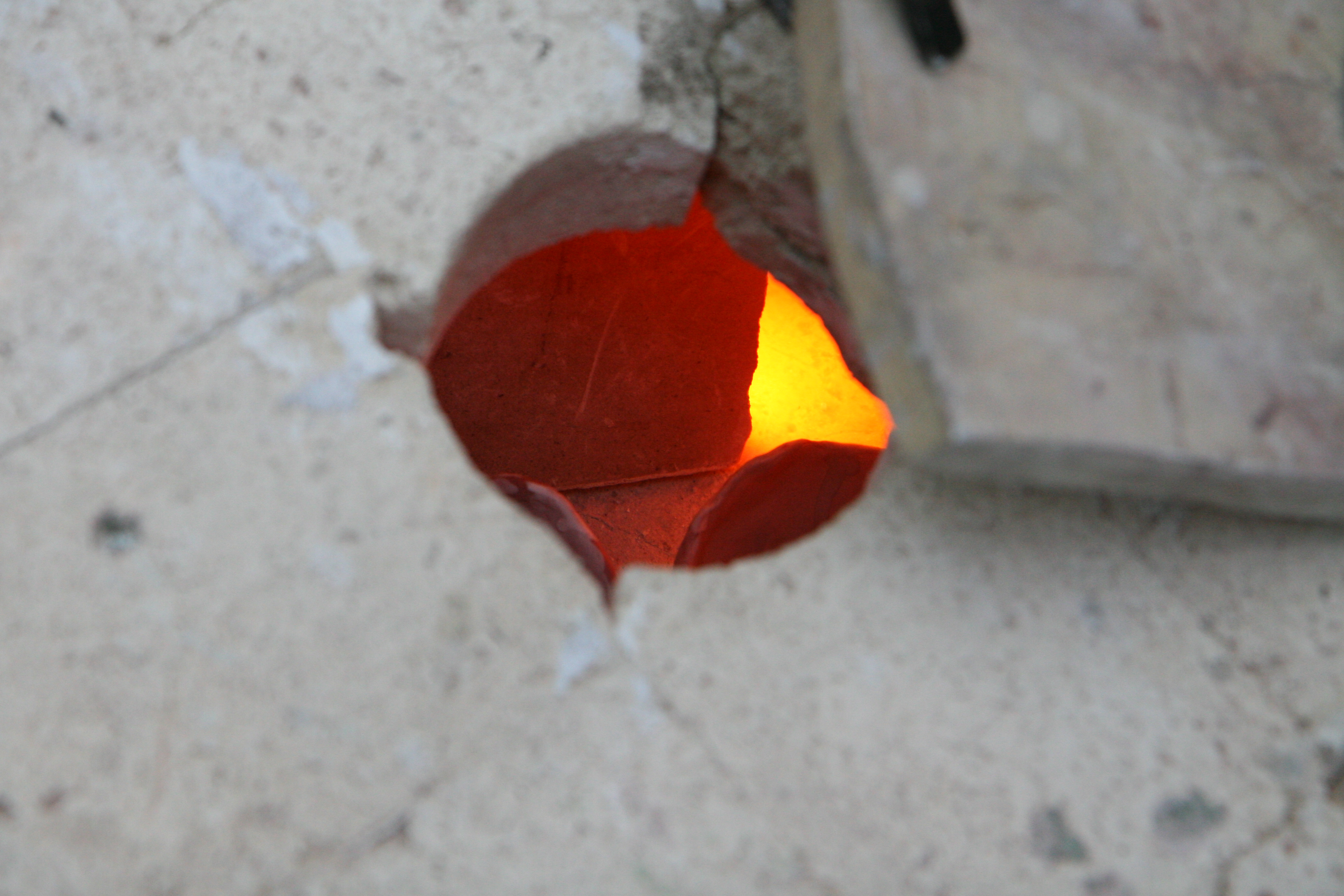 Raku Firing - Checking the glaze is molten close up 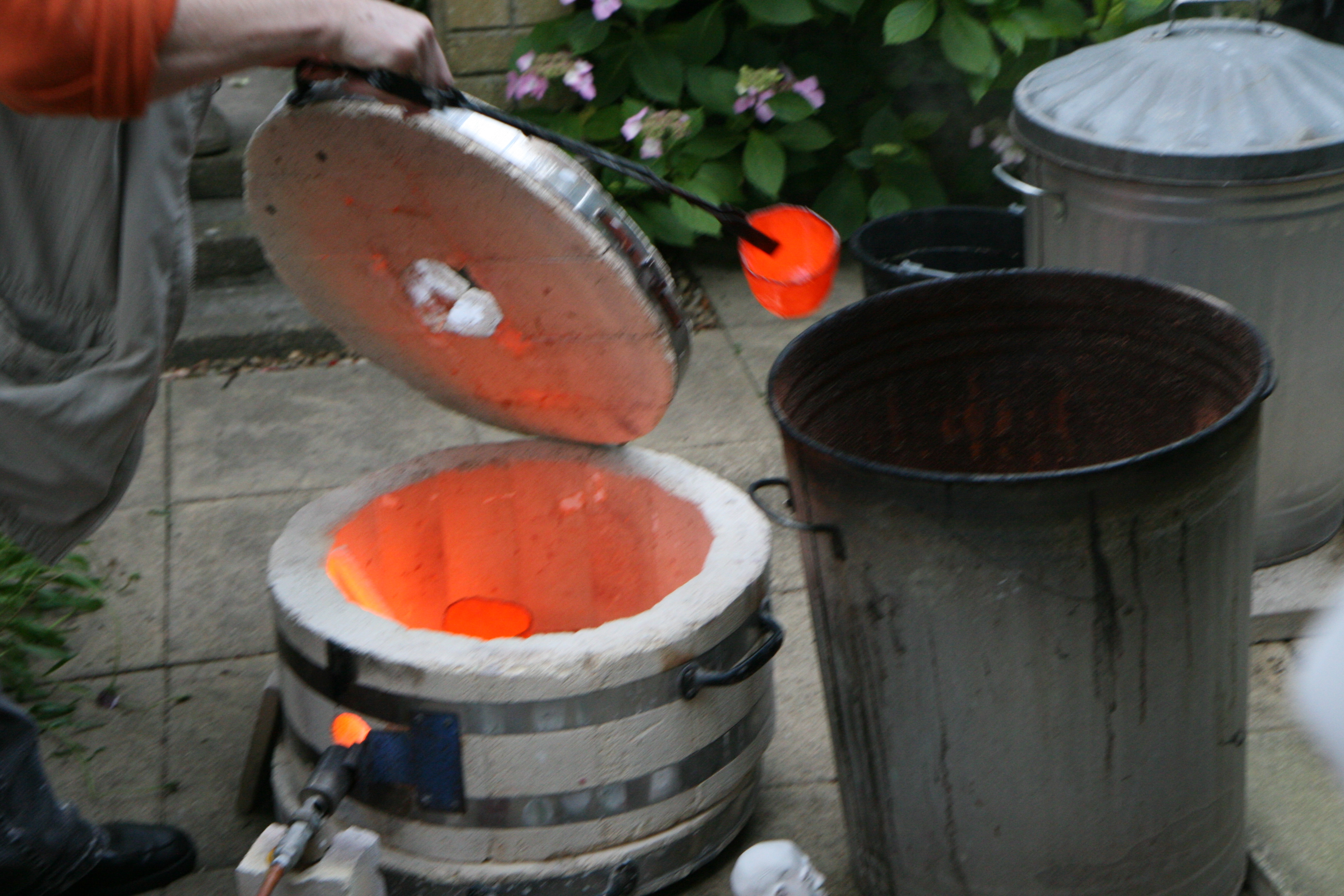 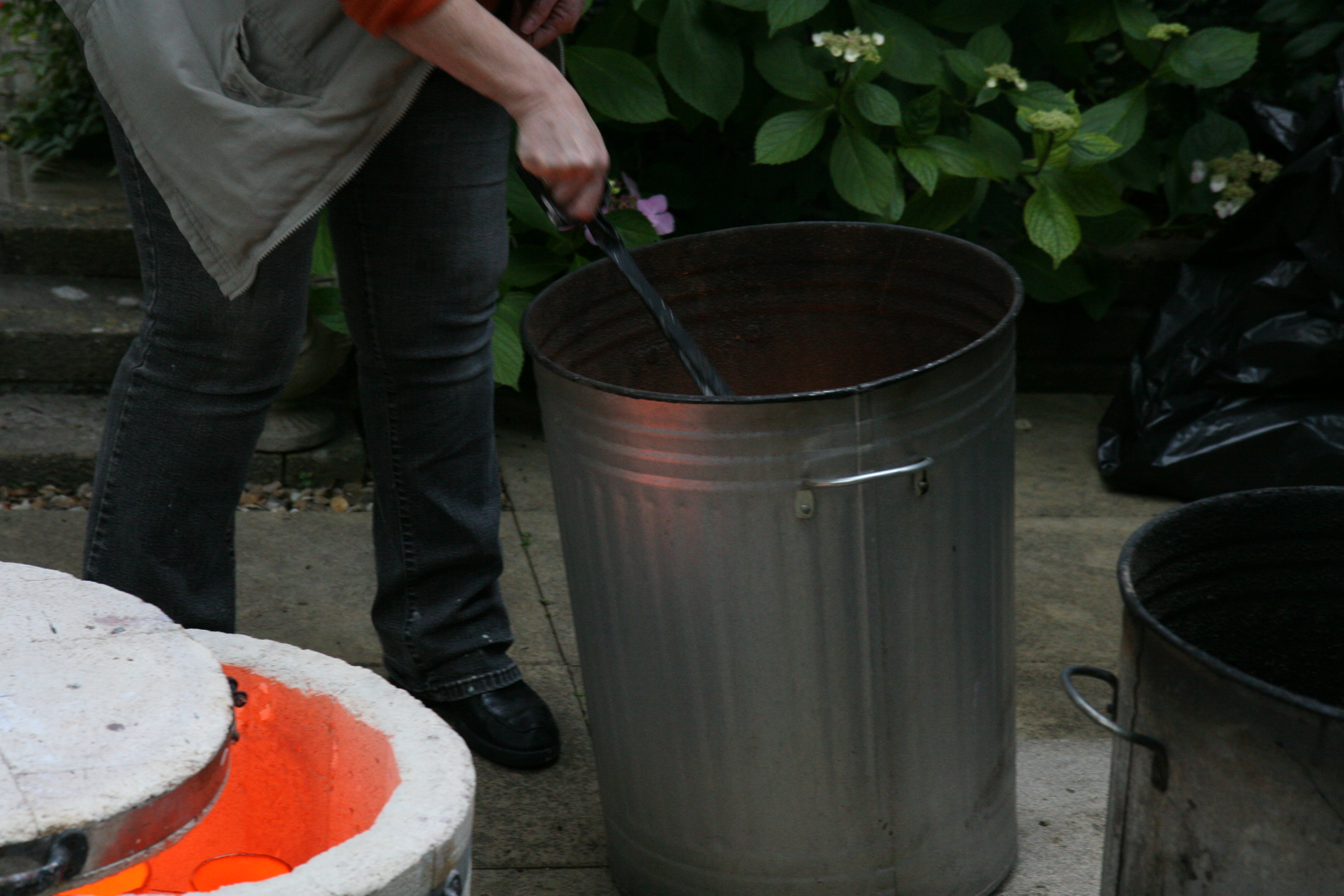 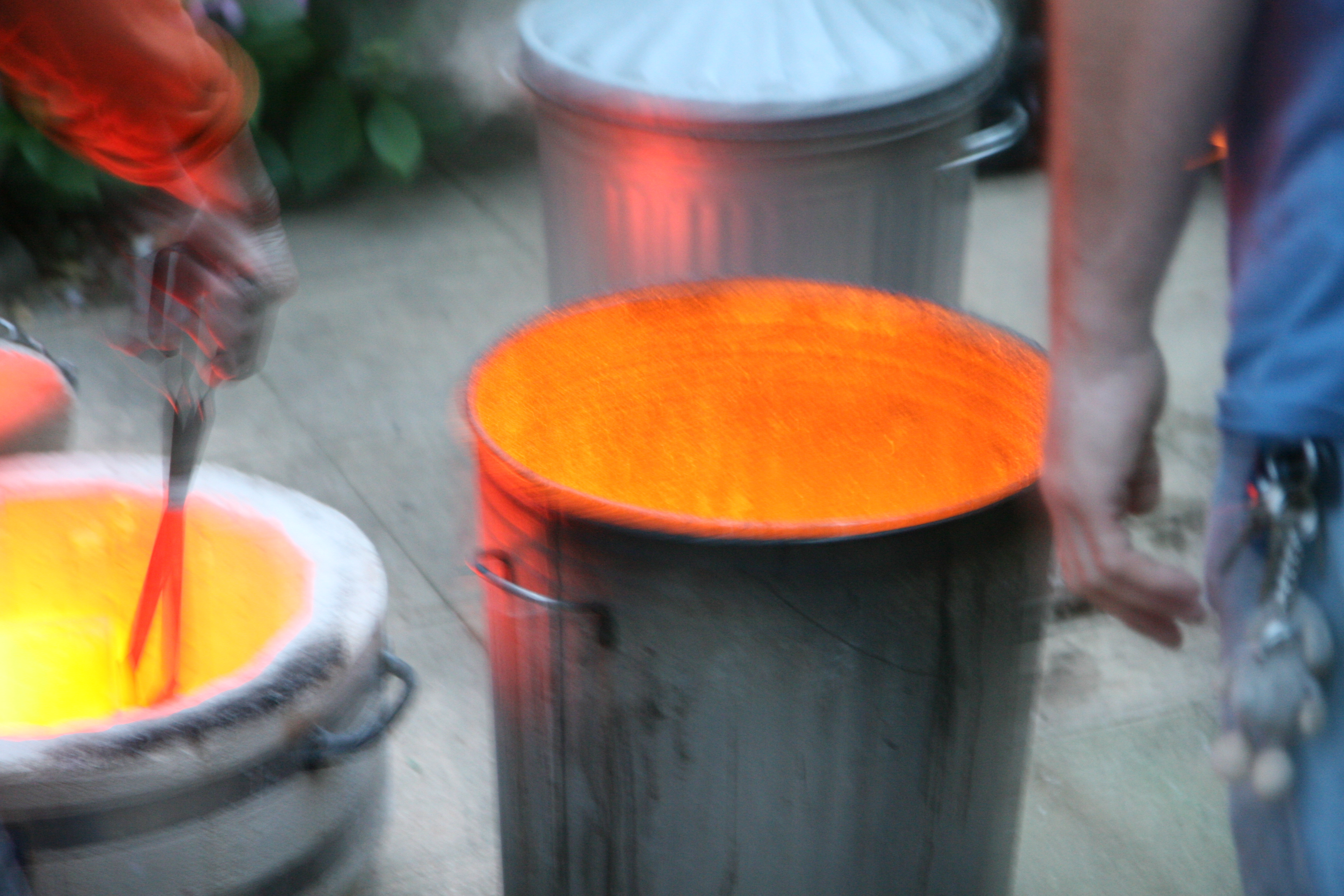 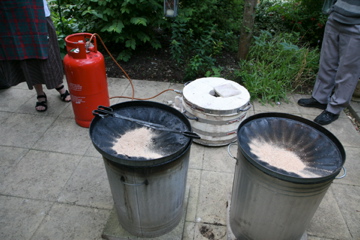 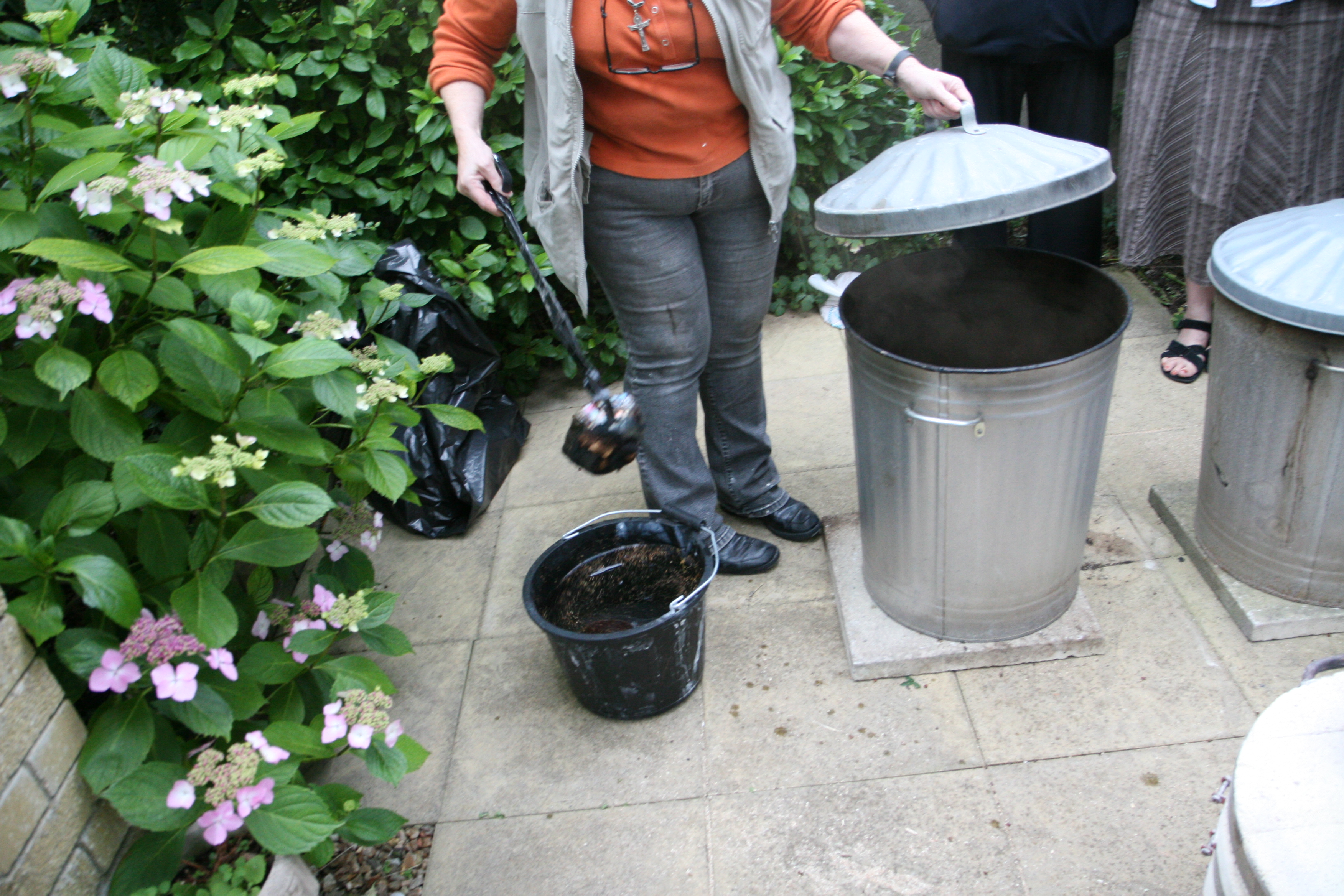 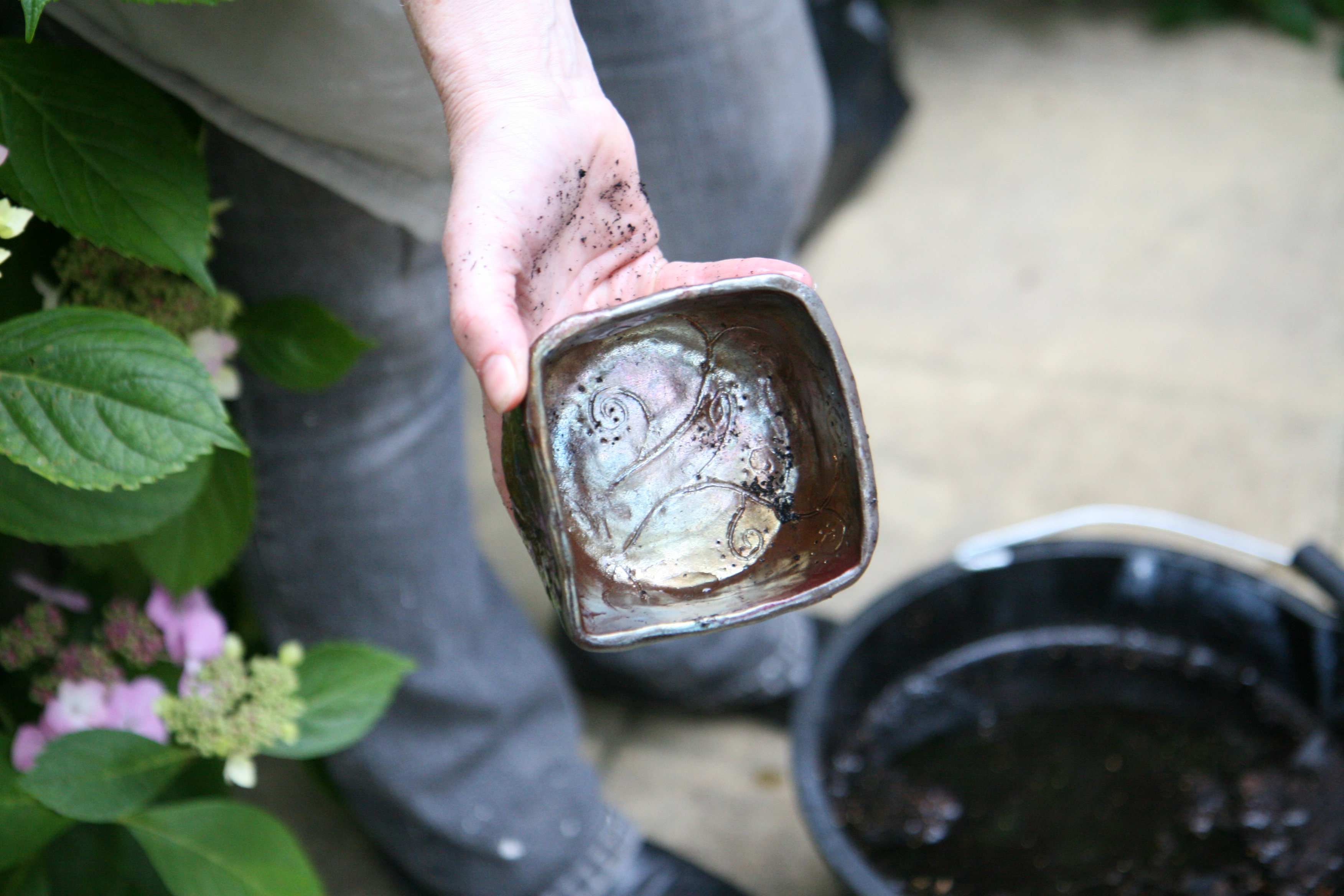